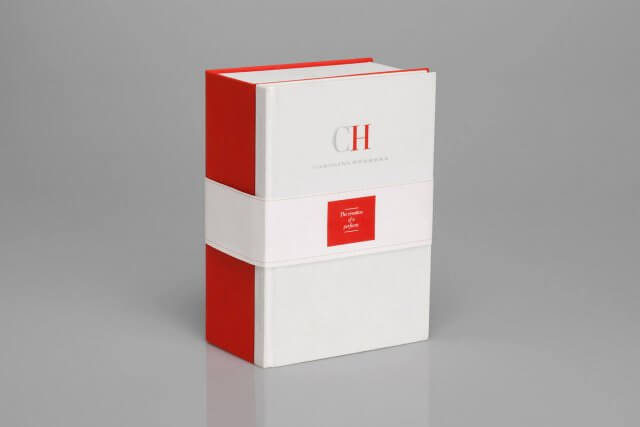 As part Carolina Herrera’s overall strategy to present their new fragrances, the need was generated to develop press kits that could communicate their spirit in depth. Such press kits are designed as precious objects and exceed in creative and content ambition the traditional conception which a press kit might have. Designed to convey the brand message to journalists, their effectiveness is verifiable by observing the quantity and quality of articles published in various media globally, all carried out by reporters without prior knowledge of the fragrances.

The marketing team at Carolina Herrera asked of us the creative direction for the different editorial pieces. This is meant not just a design proposal, but also the editorial directions, strategic solutions, and ultimately, interesting ideas to convey the soul of each fragrance. Consequently, the various examples show a work of overall creative direction, produced in collaboration with the marketing team and Caroline Herrera herself. Mucho carried out the editorial conception, art direction, coordination, design, layout and production control of the different books. Without a creative management methodology and a humanistic approach to the project (in the sense of an understanding of all parts of the process), it would have been impossible to generate a series of publications which exceed the boundaries of corporate literature to enter the realm of art books.

On a creative level, this project was a challenge, and a highly interesting one at that: How to explain the spirit of a product that is of olfactory nature through visual language? The various publications abound on ways to relate the sense of smell to that of sight, in an attempt to get the reader to see by smelling, as a complimentary experience to that of the perfume itself.

In chronological order the first fragrance to document was CH, Carolina Herrera’s women main perfume. To transmit the intention of becoming a young classical essence, we dived into the life of the Carolinas, mother and daughter, aknowledging the fact that this project also involved generational change within the brand. We also documented their different views, as much as the profiles of women at whom the perfume is directed, and showed the creative process of producing a perfume, its olfactory map, or the advertising campaign used to sell it. To convey the information we divided the book into chapters that displayed the content in different ways, partly through text but also through purely visual chapters (such as the use of the relationship between colors to link it to the relationship between smells). Each chapter is thus an editorial piece itself, with chapters in question / answer format, chapters which work as a fairy tale, or chapters made up entirely of illustrations.

To promote the launching for the Purse Spray limited edition of the CH fragrance a small informative guide about how to wear a perfume was designed. This guide has a “purse” shape because it’s destined to be contained in one. The illustrations are a mixture of pencil and aerograph shots which represent the vaporizer shots characteristic of a perfume. This way we managed to make visible that which is not… particles of perfume which travel through air.

Lastly, the book for CH Men was concieved, colaborating with editors, journalists, illustrators, photographers and the client to produce content, art direction and design. The editorial idea was to get together 9 outstanding men, that could offer different points of view to describe the fragrance. These guest contributors included a spanish wine expert, a russian orchestra director, an argentinean nature photographer, a New York based craftsman, a lebanese arquitect, a french publicist, a spanish noble, or an english skipper. From an art direction point of view, the challenge was to offer different graphical views of each character without being tricksy with typography, and also being coherent as a whole. Each chapter contains different graphic languages, which relate the different men to the perfume: the olfactory map is presented through macro photography, the sailor is represented through an watercolour illustration, the architect through his 3d creations, the naturist photographer through his own photographies. The orchestra director proposed a musical score which could represent the fragrance (linking yet the sense of smell with that of hearing), and a wine maker analyzed the perfume through his profesional knowledge. The use of illustrations, photographies and inserts offer a precious vision of a book which epithomises the quiet luxury of the product it is presenting.

In short, these various publications exemplify how creative direction can be applied to generate in depth brand discourse in a rich and varied manner, using all the resources which verbal communication –but also visual language– can offer, to define the positioning of a product to a specialized audience. And how effective books can be for the fashion and luxury market when they are well concieved and targeted. 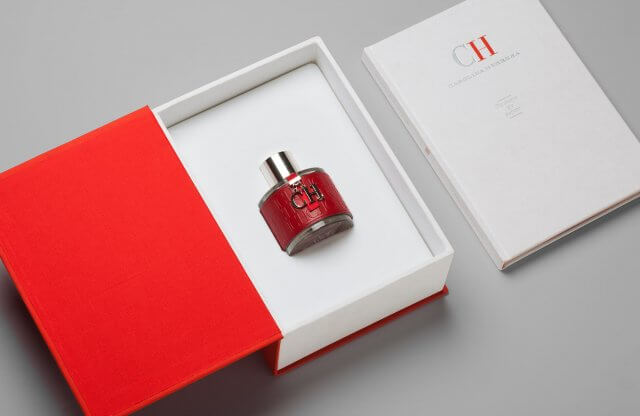 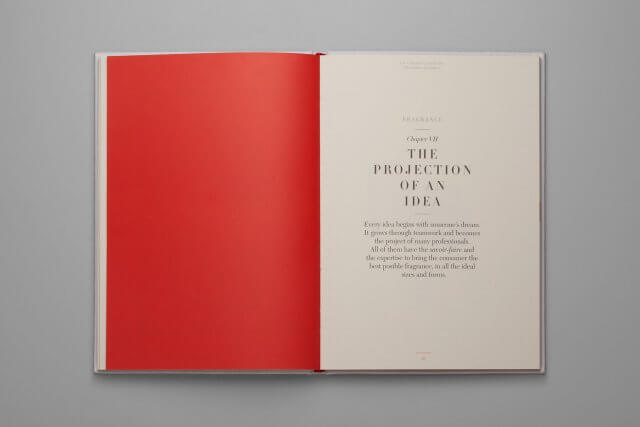 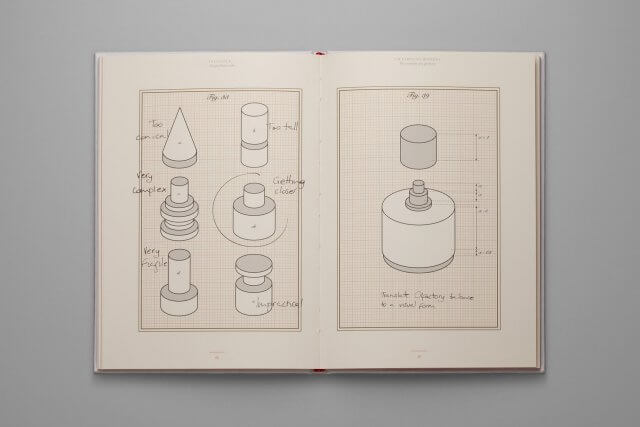 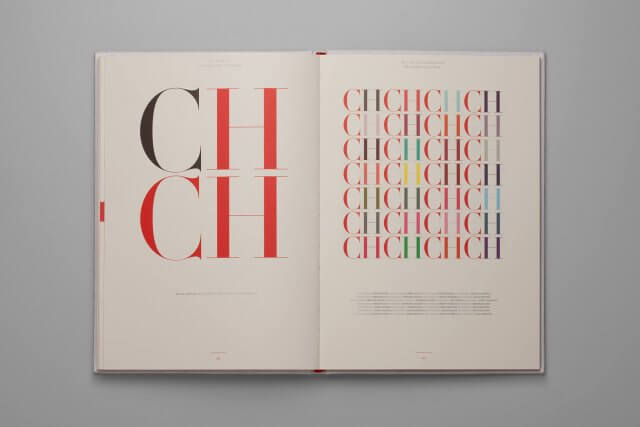 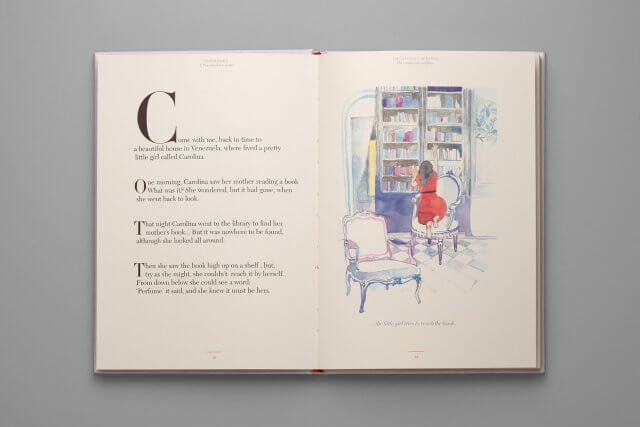 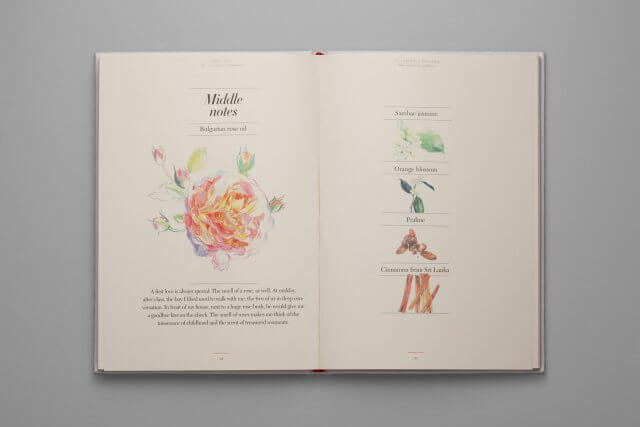 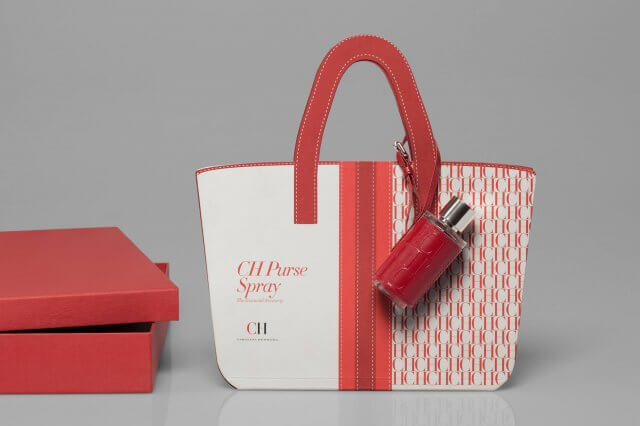 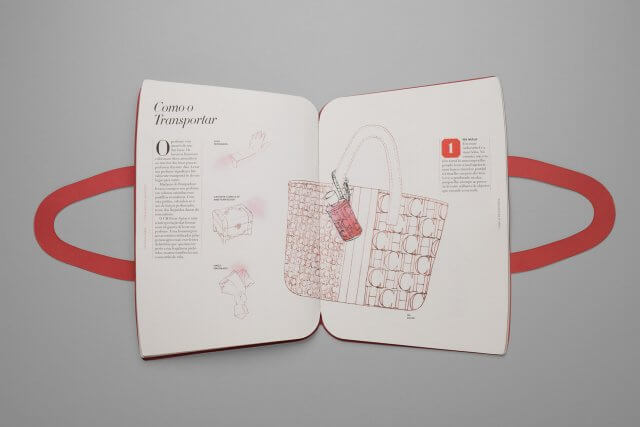 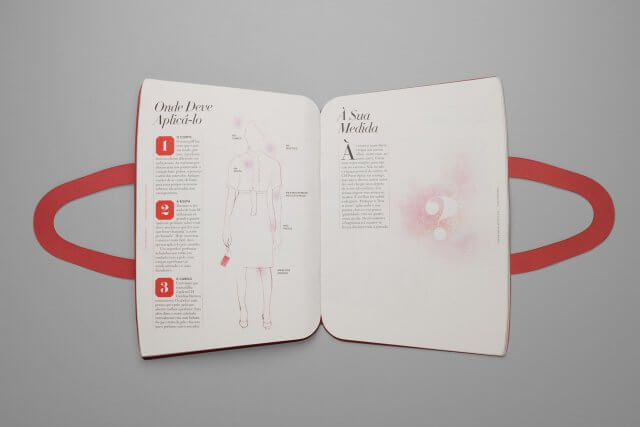 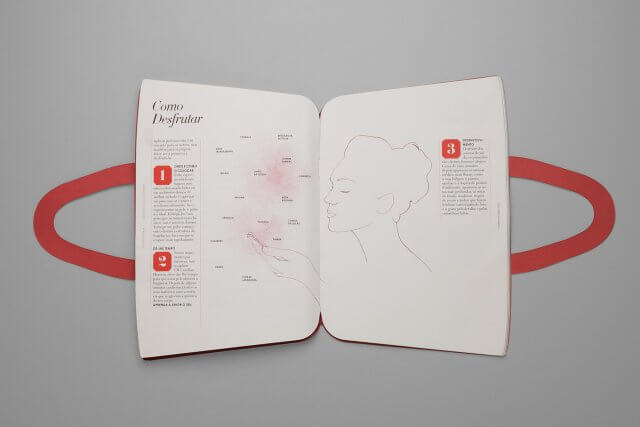 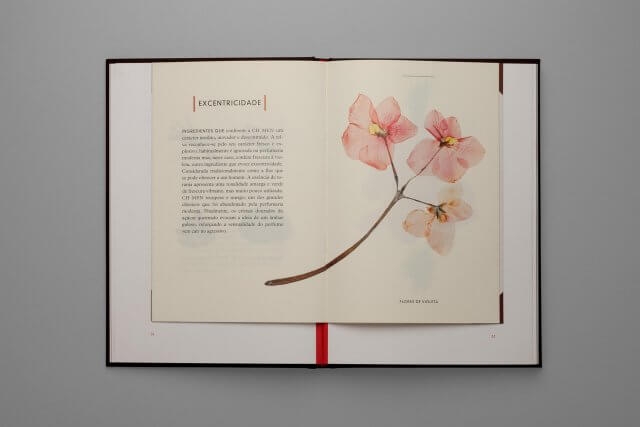 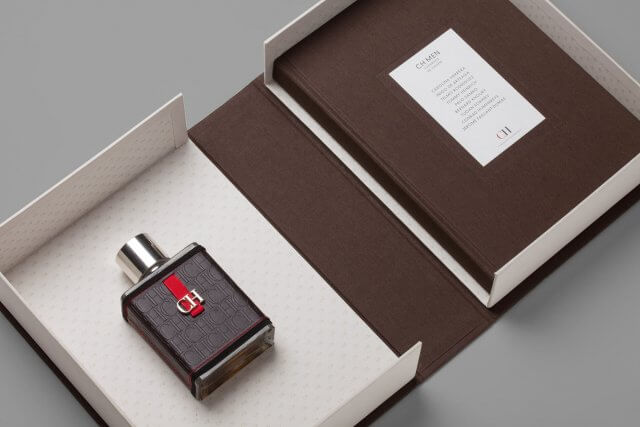 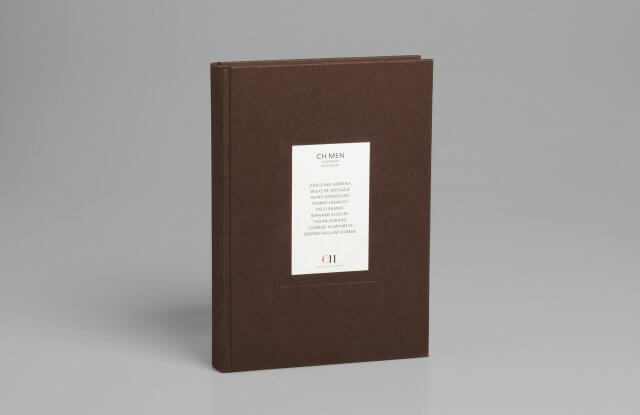 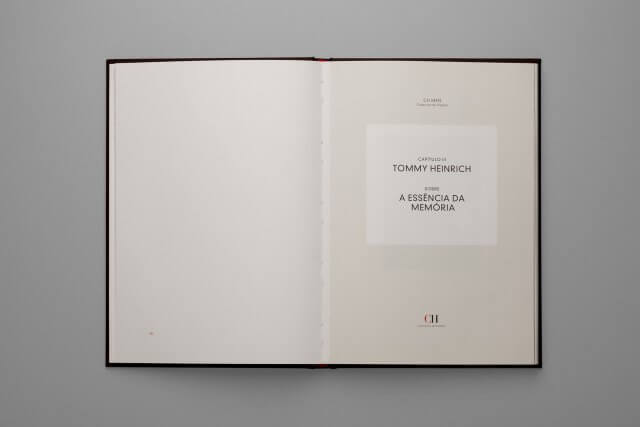 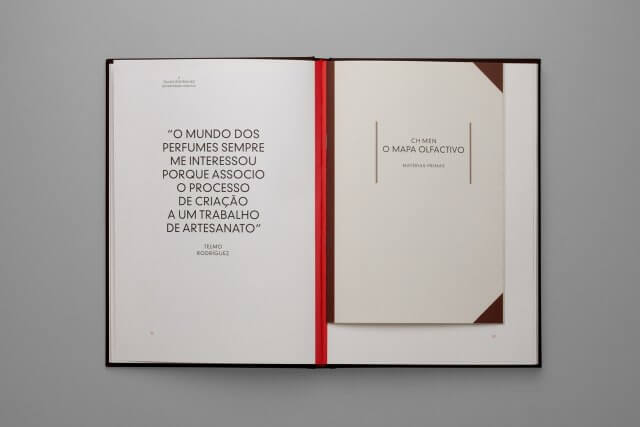 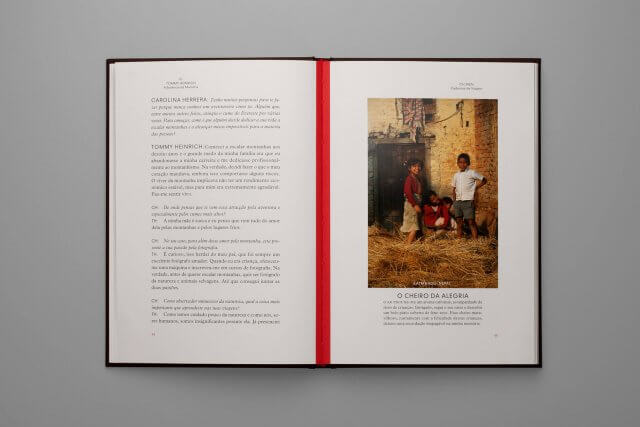 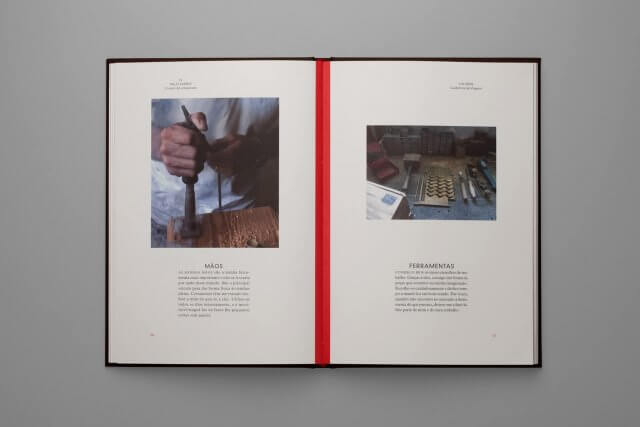 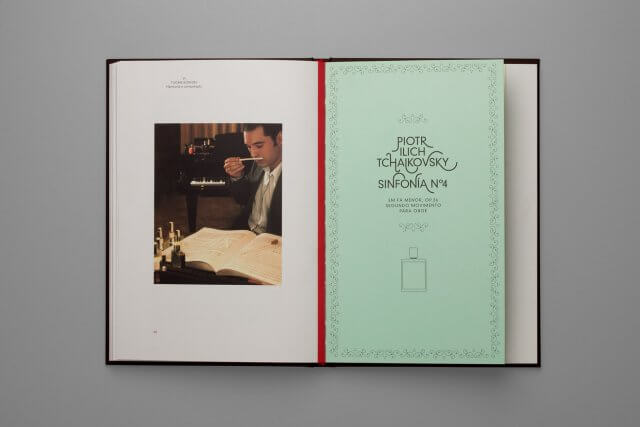 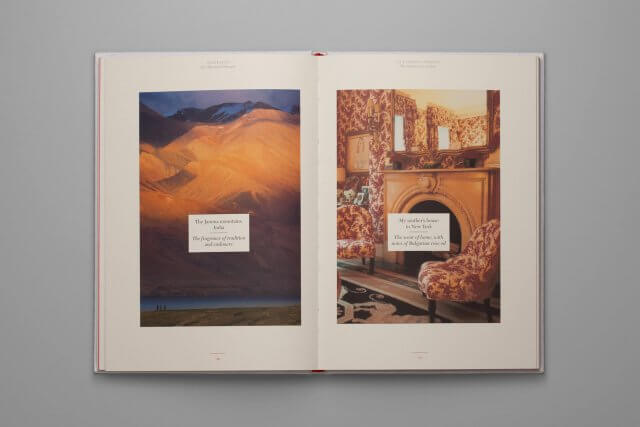 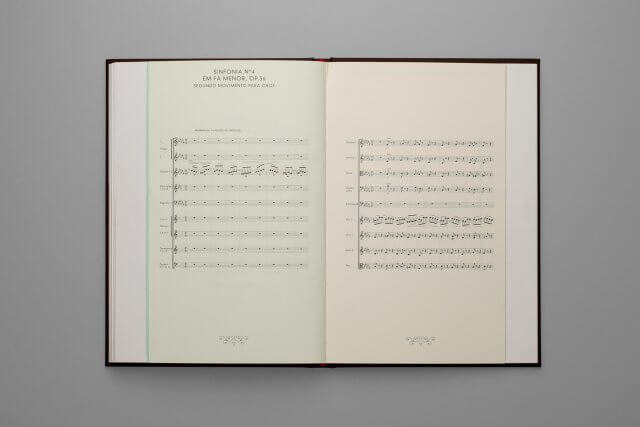 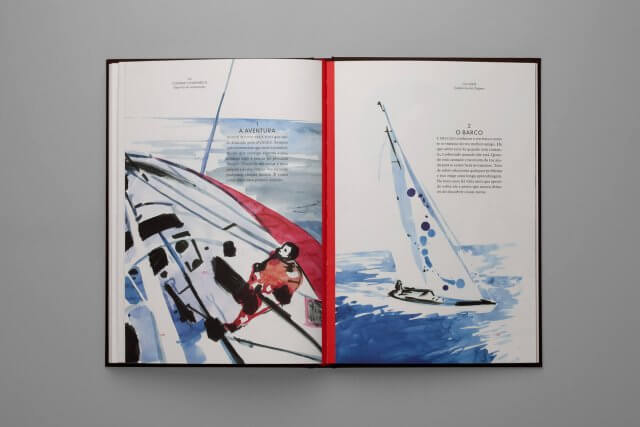