The role of the CEO has changed substantially—not just in the past 50 years, but the past 15, even the past five. What worked in the mid-’00s doesn’t necessarily work today, and what works for one company may not work for another. Figuring out the right person to lead a company has grown more complex, as the needs of companies—and brands—have shifted and continue to shift. It’s something we think about a lot at Mucho, and we have these three takeaways based on our experience.

Different types of companies need different types of CEOs. Lluís Peralta Zaragoza, Mucho friend and fund manager for activist investment fund Robust, describes four types of companies: value, quality, growth, and startup. Each is distinct from the other and has different needs. Value companies (1) offer shares for cheap, hence the name. Banks fall into this category, as their reliance on external factors like interest rates makes them unlikely to develop some new, paradigm-shifting innovation to achieve massive growth.

Quality companies (2), such as Coca-Cola and McDonald’s, have high-value brands, but have limited growth. Quality companies don’t have celebrity CEOs, just people who manage them capably and protect their margins well.

CEOs are critically important at startups, where they’re often the company founder

Growth companies (3), like Apple and Google, are the homes of celebrity CEOs who are expected to grow margins, increase sales, and enter new markets. Finally, there are startups (4) , who may still be losing money, but have the potential for success. Amazon is the classic example of this type, losing money for years before taking over the world, but these days, it’s Spotify and Airbnb. CEOs are critically important at startups, where they’re often the company founder. It’s their vision that sustains the company until it has a positive EBITDA and positive cash flows.

For startup and growth companies, the CEO plays an important branding role because they may not have fulfilled their vision yet. That’s not the case for quality and value companies, where sustainability is the name of the game.

CEOs can become part of a brand’s cosmology

Think of the business world’s bold-faced names: Elon Musk, Steve Jobs, and Bill Gates. Each of them is intrinsically linked to their companies, so that the CEO becomes part of their brand system. Consider Tesla: The electric-car manufacturer has its mass-market Model S, its logo, and Elon Musk—they’re all part of Tesla’s cosmology. “It’s the same way that nations that are monarchies need to put the face of their king on their coins,” notes Mucho Creative Director Marc Català, “because that’s a symbol that ties together the whole organization.” The CEO embodies everything that the company is. Musk is an extreme example, but it applies to others who aren’t as mercurial, like Warren Buffett.

CEOs are responsible for the vision of a brand and the business plan that activates the vision, or what we call “purpose” in the brand world. It’s not enough to have a vision; they have to bring it to life. It’s an intrinsic part of how someone like Lluís evaluates a company. “You still need to trust the guy that he can end the journey,” he says. 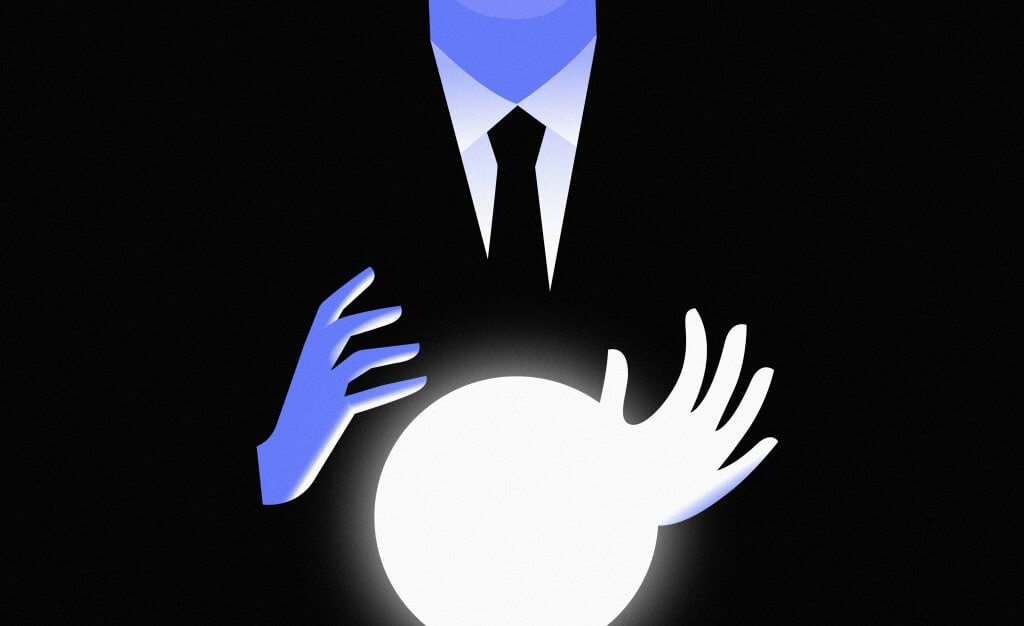 The risk of putting too much on CEOs shoulders

While the strongest companies are led by CEOs who are both charismatic and focused, there’s a lot of risk in putting too much on their shoulders. The CEOs the world remembers most are the ones who balanced their “master of ceremonies” responsibilities with a preternatural attention to detail to make their visions a reality. Elon Musk. Steve Jobs. Bill Gates. Their success isn’t easily replicated by simply copying their management styles. “These guys were pioneers, but they’ve contaminated the whole universe of companies,” Lluís notes.

Netflix’s much-cited culture memo calls out Jobs in particular: “We don’t buy into the lore of CEOs, or other senior leaders, who are so involved in the details that their product or service becomes amazing. The legend of Steve Jobs was that his micromanagement made the iPhone a great product.” In case Netflix employees miss the point, the memo makes it clear later: “On our dream team, there are no ‘brilliant jerks.’”

Anyone who’s worked for a brilliant jerk can tell you it’s no picnic. Putting your company into their capable-but-volatile hands adds a lot of risk. Just ask Tesla. Elon Musk has earned a bevy of negative press coverage the past few years for his behavior, from smoking pot on Joe Rogan’s podcast to causing volatility in crypto markets because of his tweets. Companies like Tesla can absorb its CEO’s missteps, but others aren’t so lucky. Lluís suggested that companies with a strong industrial component—with lots of employees, stakeholders, regulations, and complex boards—can’t afford such gaffes. Shareholders start to mistrust the management, and it snowballs from there.

Even Musk had to step down as Tesla chairman in 2018 as part of a settlement with the U.S. Securities and Exchange Commission—because of one of his tweets.

Some CEOs lead brands, and some lead companies

Whatever Musk’s title, there’s no doubt who runs Tesla. As a growth company, it highly relies on his vision to be successful. But his success as a leader (and a brand to himself) wouldn’t necessarily carry over to other companies, whose needs are far different—and for whom a Musk-type CEO could be ruinous. Some CEOs lead brands, and some lead companies. Ensuring you have the right type at the helm of yours is critical for success.