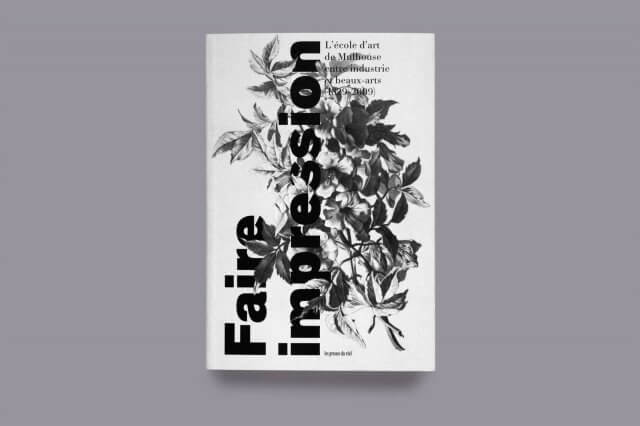 This book was designed to tell the story of the foundation of art schools outside Paris in 19th-century France. It depicts the links with industry in each of the regions where the schools were founded. The art school in Mulhouse, Alsace is a perfect example. In the 19th century, Mulhouse was known for its textile industry, so a design school was founded there to produce new designs.

We used original designs from 19th century students, which we found in the city’s fabric printing museum, for the cover and the opening pages of each chapter of the book. The typography melds into the paper and is interwoven with the designs, which continue on the reverse of the page.

Each type of text (interviews, historical texts, poems) is highlighted according to its specificity, giving the book a very unique rhythm.

The book uses the format of the annual newsletters published by the Mulhouse industrial society. The typography was designed by François Rappo, a typography professor at the school. 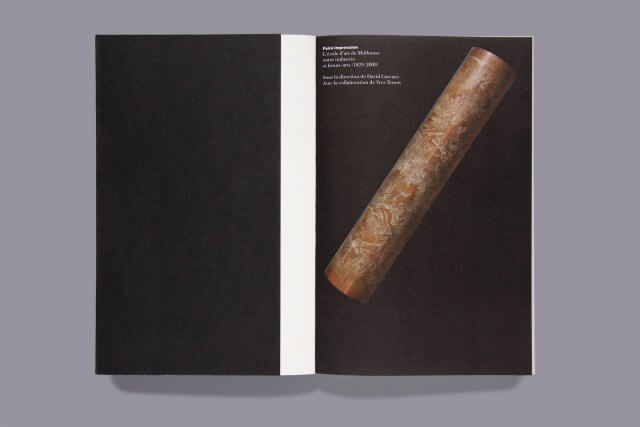 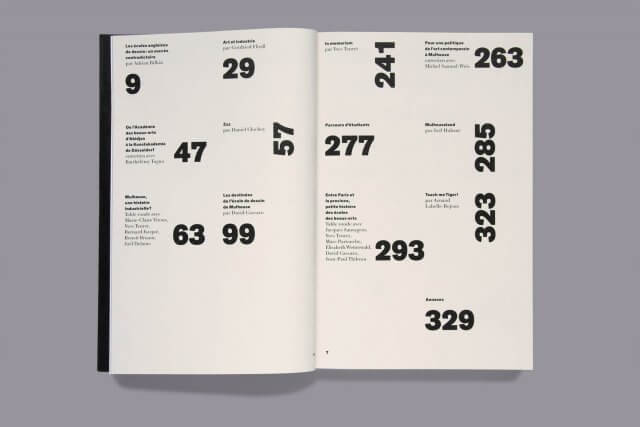 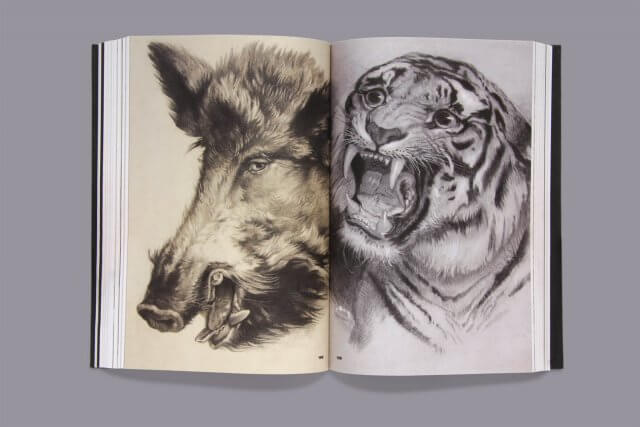 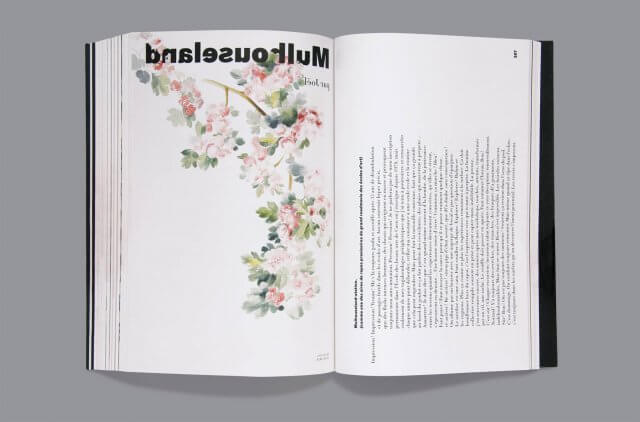 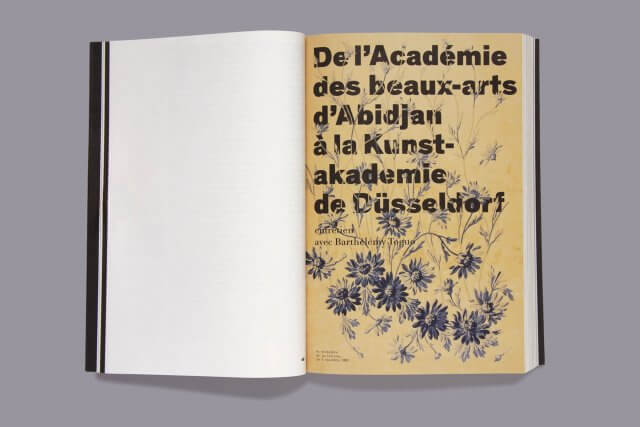 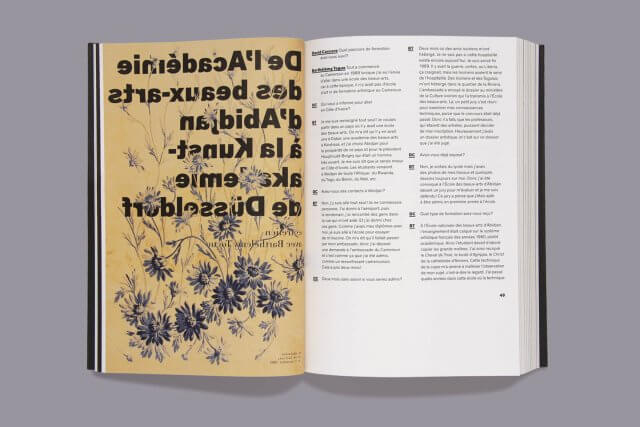 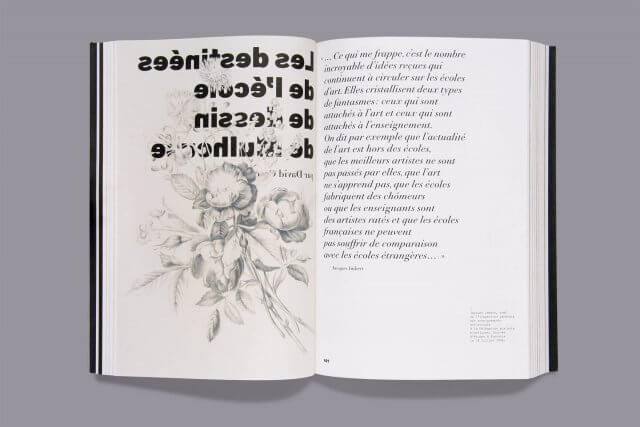 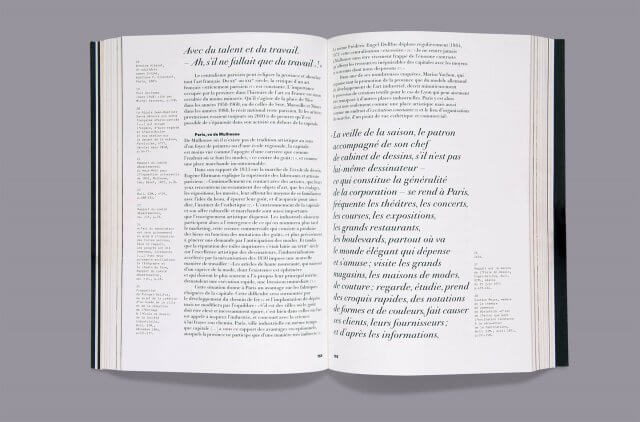 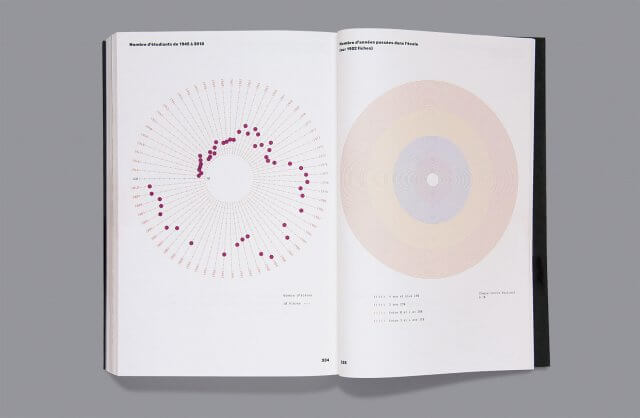