The cultural center Fundació Miró approached us to design the identity and communication for their 40th anniversary campaign. The brief stated two main objectives. On the one hand it was key to generate a very recognisable and iconic symbol, avoiding the mironian elements already present in the corporate identity of the foundation. On the other hand, we were asked for a campaign capable of relating the center with the people of Barcelona, through relevant dates of the last 40 years.

The answer to the first objective came from relating the very recognisable building Josep Lluis Sert designed to host the center, with the number ‘40’. Its characteristic skylights are the perfect base to generate a typographical modular system. This finding was important not only as a solution to the logo, but also to compose the key dates of the campaign. Being the numbers so recognisable, they could be paired to very different visual languages, which allowed for a rich graphic expression of the different referred events. 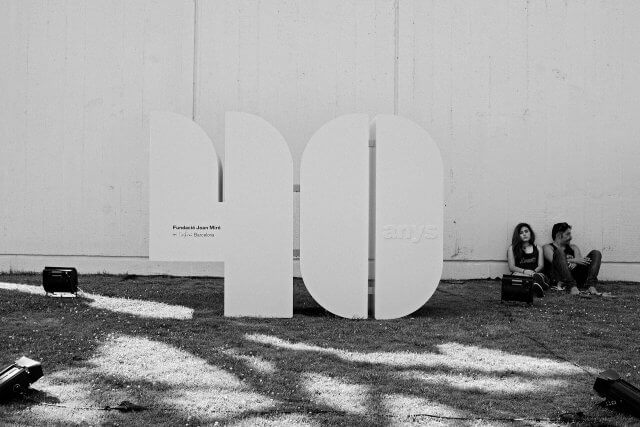 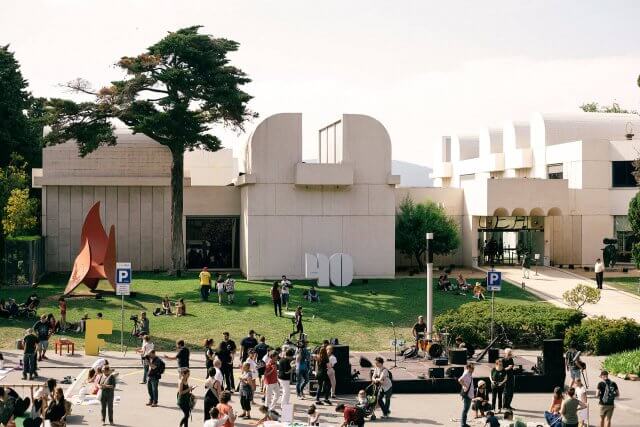 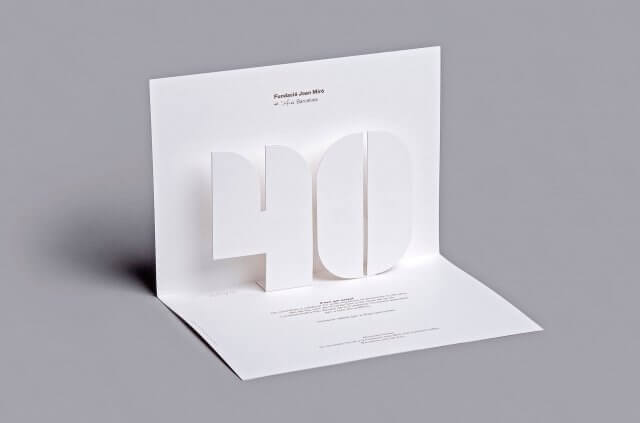 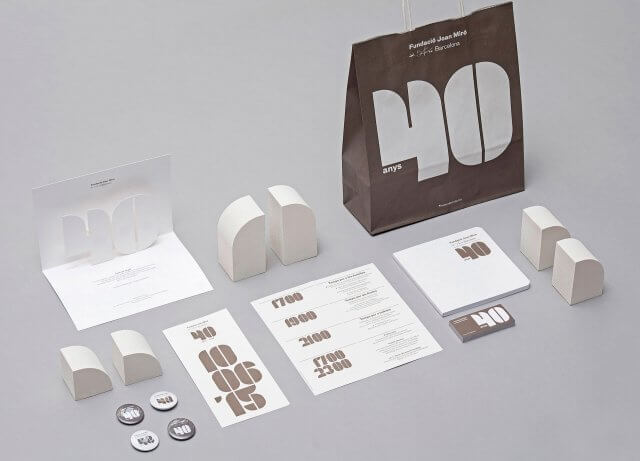 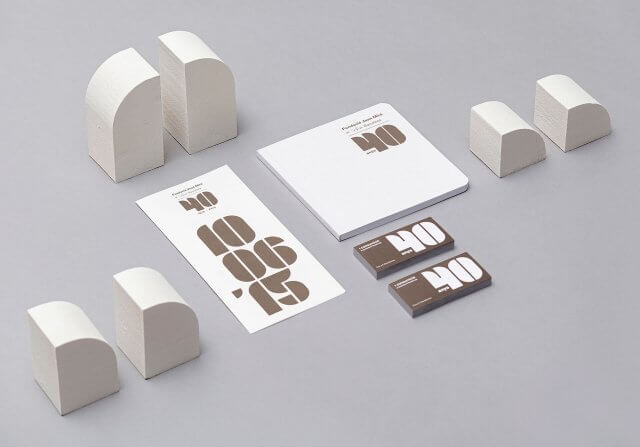 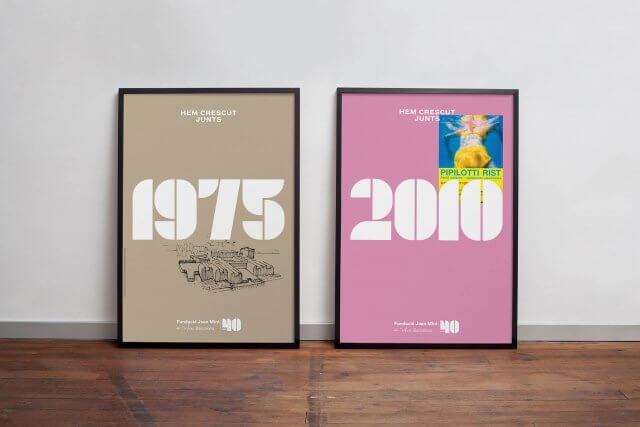 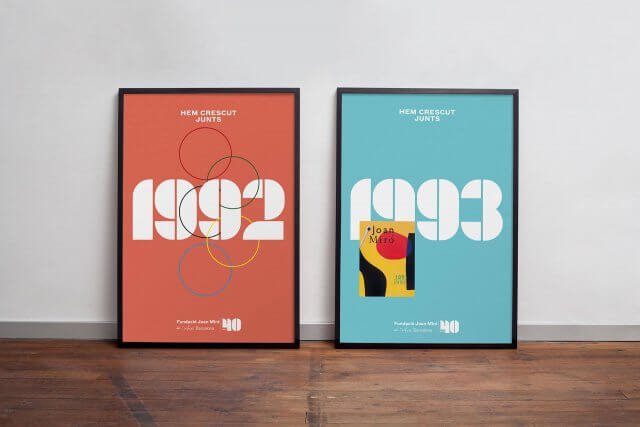 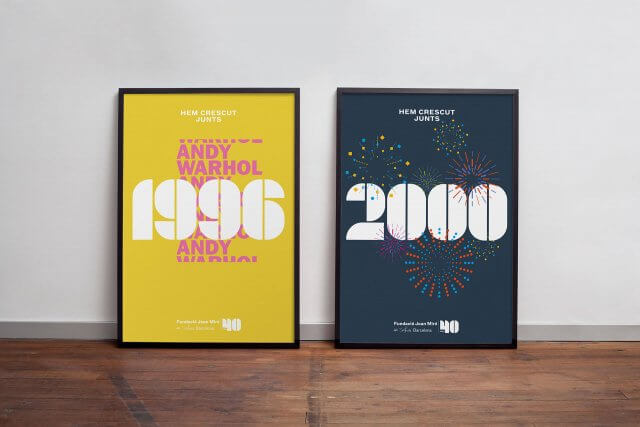 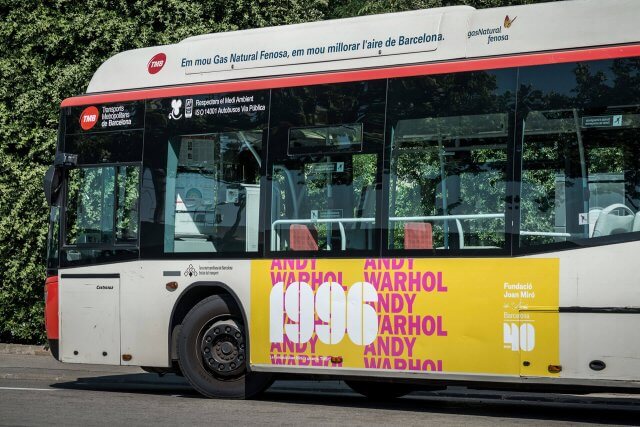 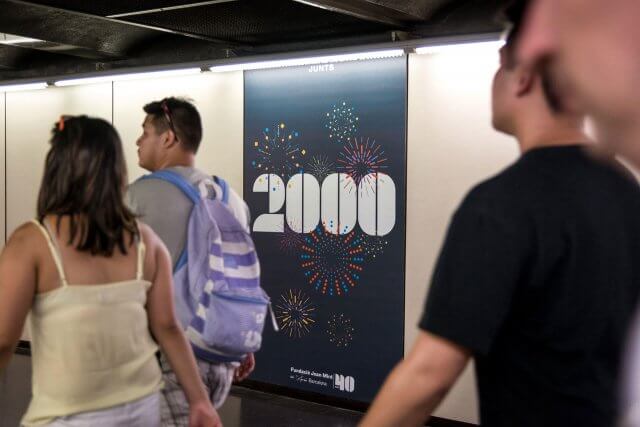 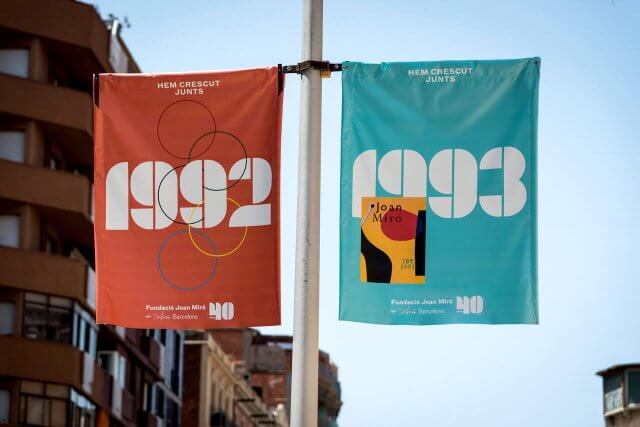