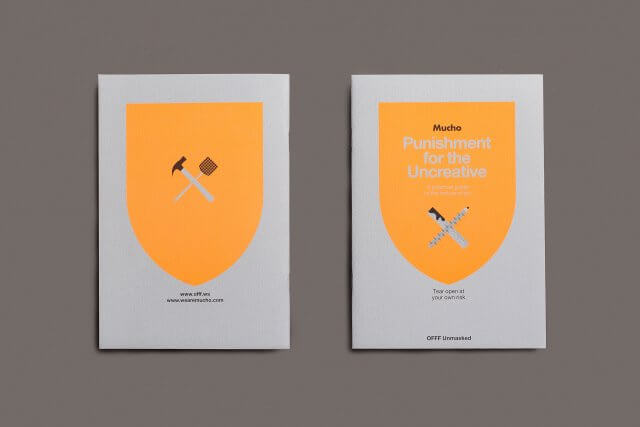 On the occasion of their 15th anniversary, the OFFF Festival produced a book, inviting many different artists and designers to contribute with some work to the publication.

Mucho was asked to generate a little booklet were the studio’s creativity might be explored. The OFFF 2015 editorial concept was structured around the idea of discovering an ancient and forgotten religious creed based on creativity.

When contacted by the team producing the book, they suggested we explored the concepts of hell, and negative counterpart which appear in some religions, and how a little separate appendix could be produced related to this theme.

The present project was our answer to this demand: a publication on the sins of creativity, and the punishments and tortures, which might be applied to correct them (inquisition style). We worked editorially to come up with the sins and their related tortures, invented design related torture machines, and generated dark looking elaborate illustrations.

The feel of the booklet is somewhere in between a passport and torture manual, with a twist of mischievous colour, to give away the dark humour embedded in the general concept. 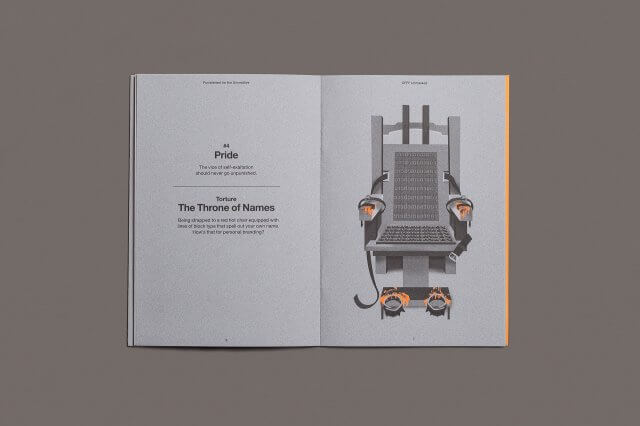 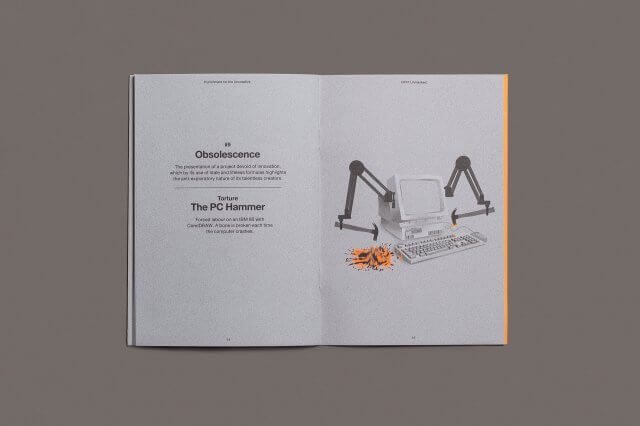 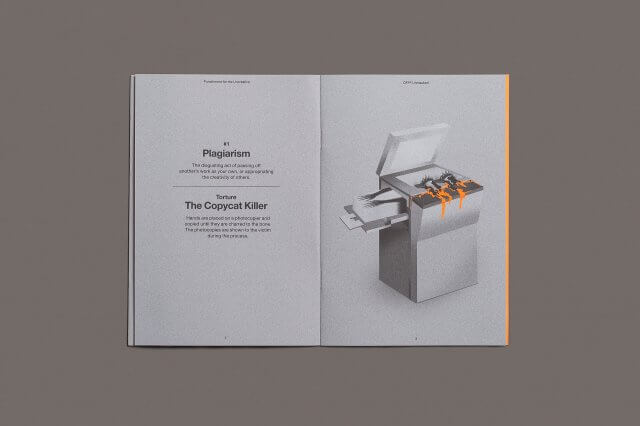