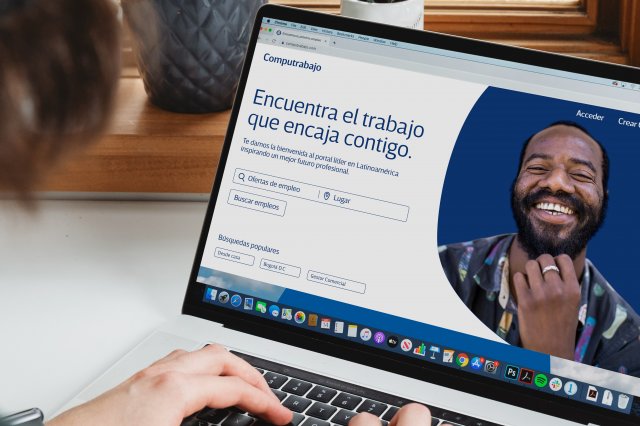 A Latin American leader is renewed

If you live in Latin America, surely you already know Computrabajo, and even found a job there. Computrabajo is the leading job portal in Latin America. Established for over 22 years, with presence in 19 countries and more than 40 million active users, it has consolidated its position as a brand that helps people find a better job and companies find the best talent, becoming one of the most valued and recognized brands in the region, both for candidates and companies.

The key to sustaining leadership

Every leader has their challenges. In a changing and hyper-connected world, the competitive environment has expanded, with international leaders entering the Latin American market and new local competitors that take advantage of new technologies and social media to connect with a younger audience. Computrabajo had to demonstrate its ability to accompany candidates and companies beyond the job search.

With the aim of sustaining and reaffirming its leadership in Latin America, Computrabajo undertook the challenge of going from being a job portal, to becoming the integrated job solution for both candidates and companies. To achieve this, it needed to modernize the brand, renew its image and convey a single brand discourse in all countries. At Mucho, we accompany Computrabajo to revive a unique and leading brand.

The Strategy: Beyond Job Search

The strategic solution was to transcend the brand discourse focused exclusively on job search and position Computrabajo as the platform that accompanies people and companies in every step of their professional careers. 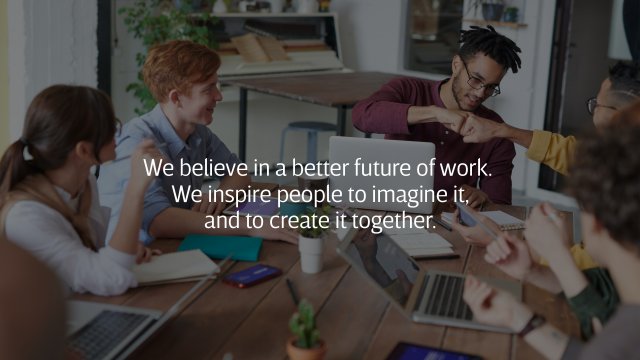 With the vision of modernizing the brand with character and simplicity, we worked on the redesign of the logo focusing on the typographic aspect. We chose a thin, sans font, with a variation of thin and thick lines that brings a fresher and more personal tone to the brand.

The capital letter C of Computrabajo was a starting point to generate a compact, simple, and distinctive visual identity. We worked in a rounded and organic way, emerging from the inside, and which will serve to unite the visual language, both to contain the profile photos of the candidates, as well as to accompany messages, and reinforce the brand. This shape would also represent the avatar for social media and digital platforms.

We adjusted the name by changing the “T” to lowercase, so that it merges into a single word “Computrabajo”, thus generating a new concept in the Latin American vocabulary, a word that is a brand in itself, and that had already been on everyone’s lips.

Regarding the color palette, we chose dark blue to communicate confidence and trust, and a secondary palette with more cheerful colors to add a contemporary tone, primarily to capture the attention of candidates. For companies we use blue to convey a more professional tone. 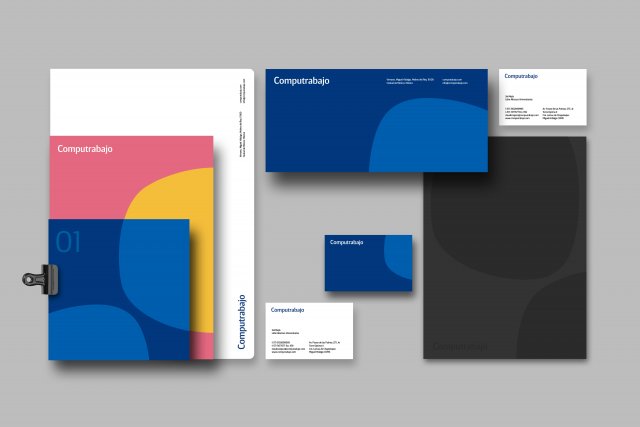 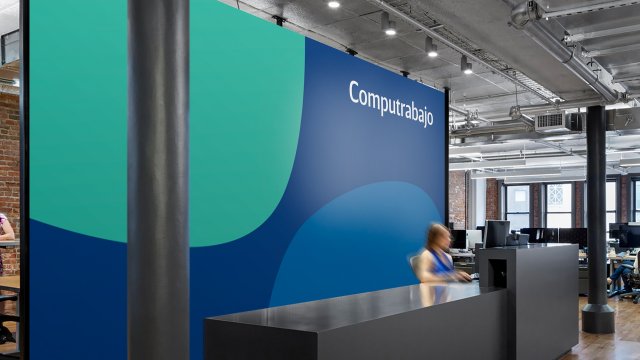 A friendly and warm voice

This new identity and narrative was accompanied by a tone of voice strategy consistent with the brand’s core values: inspiring, optimistic, confident, friendly and empowering.

The central aspect of the tone of voice was the accompaniment; we strive to show people that Computrabajo is a brand that remains close to them. At a time of uncertainty, such as when looking for a new job, it was mission-critical to drive confidence in people that with Computrabajo they have all the tools within hand’s reach to choose a better future.

To move towards a unified brand we sought to bring the communication channels closer together and key messages of both candidates and companies.

This warm and human touch was also expressed in the photography & art direction using pictures of people in a more casual position, avoiding the typical photographic style that separates the work and personal roles. This way, we seek to show people in a more holistic and human way. 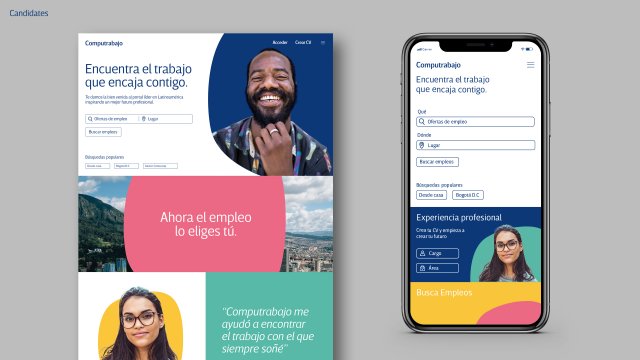 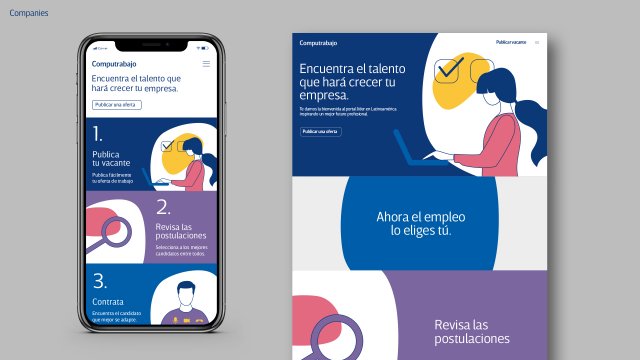 Moving the Computrabajo experience beyond the digital world

Computrabajo is not only a job portal, and we wanted to express its purpose and identity also in the physical world: on the city streets. Taking Computrabajo to the places where people commute to work, to increase the awareness of the brand.

We feel proud to have helped Computrabajo on its journey towards sustaining and boosting its leading position in Latin America. 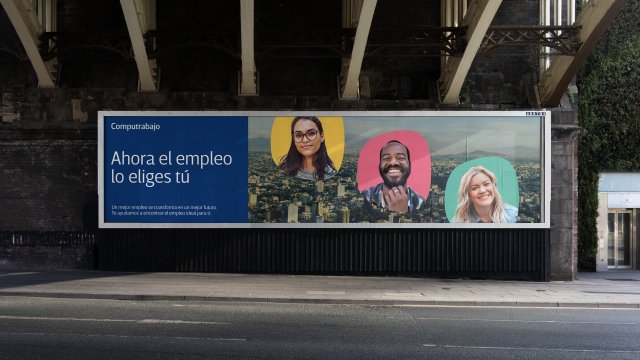 CETT From a staple of tourism to the leader of experiences