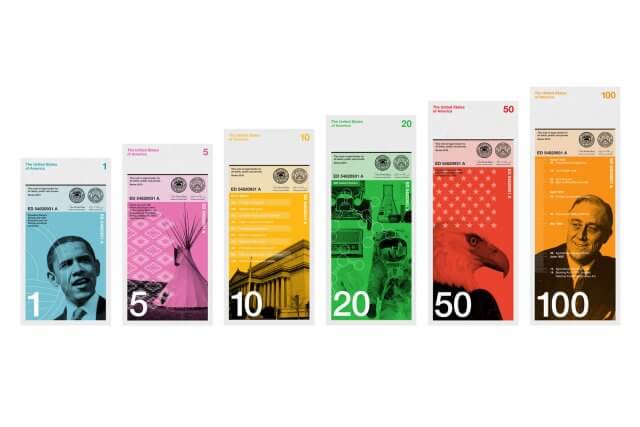 In 2010 we won The Dollar ReDe$ign Project – a competition conceived by New York designer Richard Smith to “re-brand the US Dollar, rebuild financial confidence and revive our failing economy.” Our solution answered some practical questions about how to improve the usability, legibility and aesthetic of the existing notes.

We changed the format from horizontal to vertical: a logical change as research revealed that people tend to handle notes vertically, and all machines accept notes vertically. We retained the width of the existing notes, but changed their length. The $1 bill became the shortest and $100 the longest, making it easier for people – especially the visually impaired – to distinguish between notes. Using different colors also gave each note a stronger individual identity. Imagery was selected to reflect the value of each note, with an educational element aimed at Americans and visitors alike. Each denomination features a black and white image of a particular aspect of American history or culture:

Our winning entry caused quite a fuss… Many thought it was a US Government initiative to replace their existing bank notes, so the US public had plenty to say about it. Meanwhile the mainstream media ran stories in print, on air and online in the US, Canada, and as far afield as Australia, Russia, the Ukraine, China, and Europe. 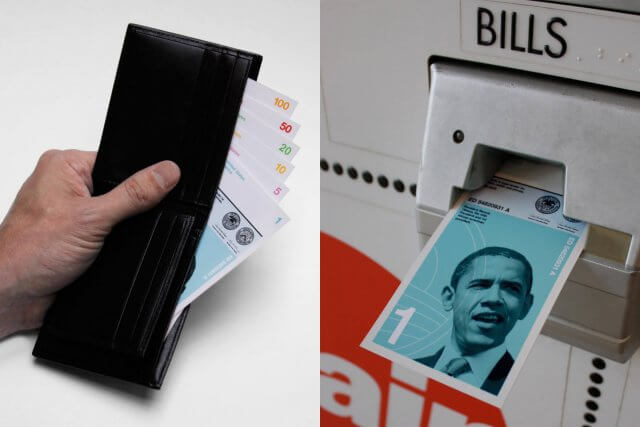 Ali Greatest of all time quotes