A brand that embraces tradition

Villa Favorita is a boutique hotel of Georgian style located in the bay of La Concha, one of the most prestigious and renowned street in Spain. The building is a little gem from 1866, making it the last original villa of that century and style on the famous seaside promenade.

San Sebastián was the city chosen by Queen Maria Cristina, the second wife of King Alfonso XII, to spend her summers. As other nobles of the time followed suit, it became a tourist city. Numerous buildings were erected and an important urban reform was carried out, making the surroundings of the villa the most notable in the city. Maybe thanks to its superb central beachfront location, as well as its architecture, it became a treasured retreat to the Queen, a special villa… her favorite place. This is why we came up with “Villa Favorita” as the name for the hotel-to express its unique history.

The logo and symbol design for the visual identity were based on the same concept. The second stroke of the F was tweaked to add a small twinkling jewel, representing the brightness of the things we chose as our favorite. A palette bordering blacks and golds was selected to represent the luxury of the hotel’s concept and service offered. 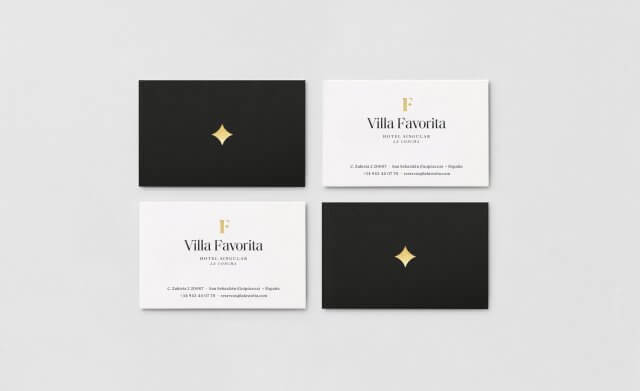 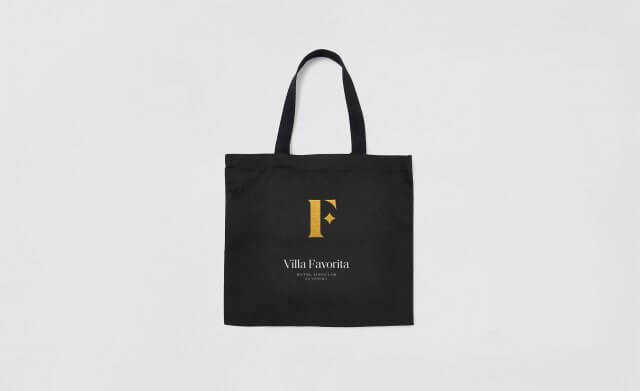 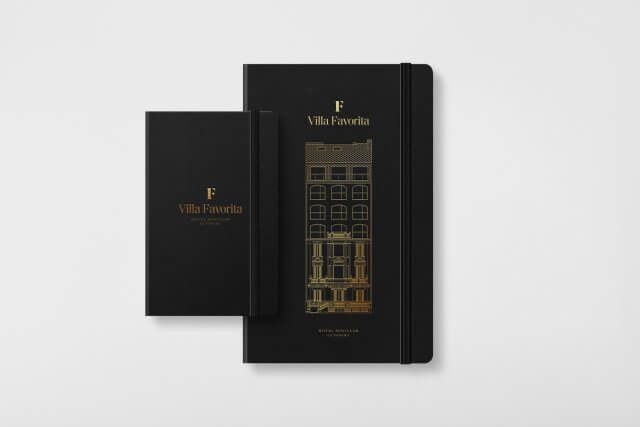 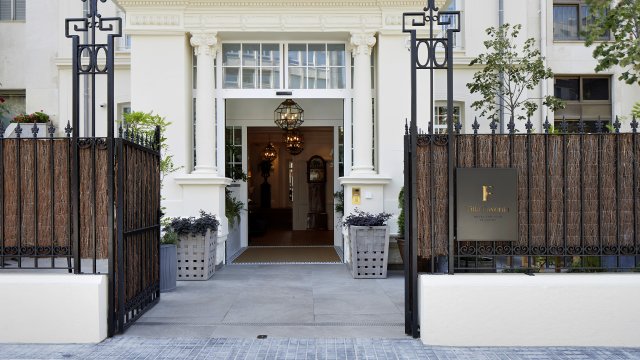 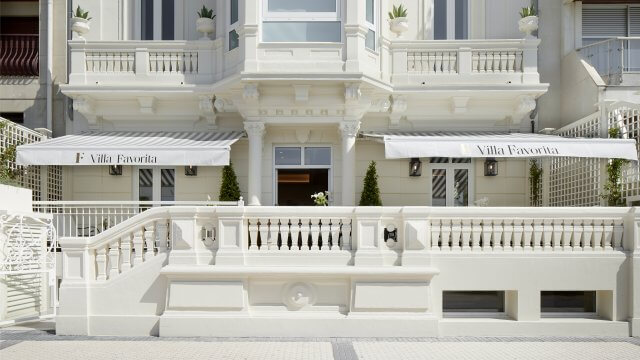