A new jump in town

Casa Vicens is Gaudí’s first masterpiece and it is considered the prelude to the rest of his work. It was built between 1883 and 1885 primarily to function as the summer residence for the Vicens family. The House was awarded World Heritage status by UNESCO in 2005, alongside other remarkable Gaudí sites: Park Güell, Güell palace, Casa Milà, Sagrada Familia, Casa Batlló and the crypt of the Güell colony.

Casa Vicens was the only of these that was not open to the public, being a private residence. Mora Banc bought the property with the aim of restoring it and opening it to the public, for the neighbourhood and the whole world to enjoy. Achieving this was not an easy feat, a special work team was brought together, of which Mucho was part from the very first moment.

Casa Vicens would, undoubtedly, become a universal brand, alike every other work by Gaudí; being, nonetheless, a respectful and kind neighbour to Gracia. 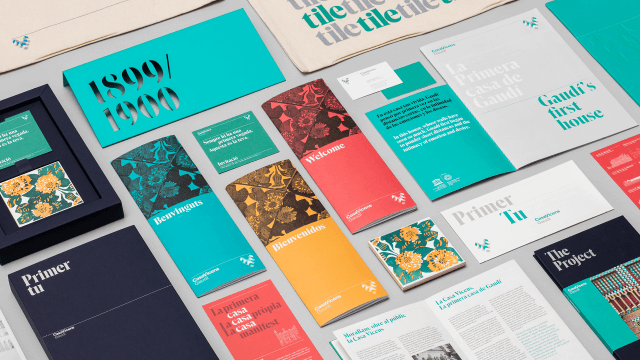 Mucho became the travel companion to Mora Banc and the culture management team in defining every aspect of the Casa Vicens brand, the visual and verbal identities, the pillars of corporate communication and visitor experience, and the diverse products and services on offer.

The collaboration between Casa Vicens and Mucho was intense, extensive and fruitful; all in all 4 years together. During the first phase, the graphic DNA of the brand was established — the logo and the visual language. On the second stage, we devised the approach to being an exhibition centre, as well as a centre for diverse cultural activities, discovery and rediscovery. We also formulated the prime axis of communication and key messages for every stakeholder. Finally, during the third phase the graphic applications for the museum space, the additional brand visual expressions, the launch campaign and the merchandising products were designed. 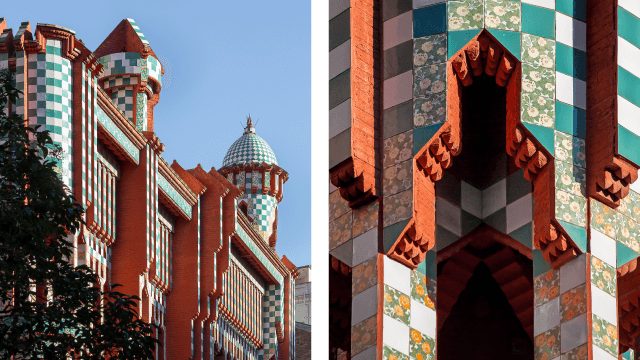 Opposite to the Gaudí that we have all grown to know, the Gaudí that designed Casa Vicens was a young professional, newly graduated and with barely any prior experience; he experimented without complexes and challenged the norms of that era. He was yet to find the trencadís for his mosaics —the style then was not what would later become a staple for modernism— instead, his style at that point was a nondescript mixed-race creative pulse: endless ideas, countless techniques, lots of different influences and an indomitable will.

The initial creative brief suggested the adaptation of the façade into a logo, a most unfair suggestion to the collage of experiments that the house embodies, in addition to the fact that the visitor is incapable of attaining a clean view of the façade. The narrow alleys in the neighbourhood of Gracia do not allow for a front view of the house. Precisely these narrow alleys are responsible for the continuous amazement of the bystanders, continuously discovering fragments of the façade that emerge in their field of vision, that toy with their perceptions and that force the observer to question what is form and what is content. This effect inspired the logo that employs the grid in the façade to construct the V of Vicens. Withal the façade, this symbol creates a visual effect that dances with perception, that jumbles angles, generating in turn both tension and surprise.

Settling the conceptual base for the project required a series of workshops and creative input that involved the participation of two distinct parties: The exhibition project team, composed of the direction and curation teams of Casa Vicens, the management team at Mora Banc, the PR and communication team from Both, Mortensen and Mediapro Exhibitions; and, the architecture project team, created by Martínez Lapeña-Torres Arquitectos y Daw Office. Mucho facilitated the alignment of teams and objectives, channeling a complex process into a prosperous and common outcome.
The latter, being a brand value structure that guided the brand expression and brand related decisions, a unique and personal tone of voice, and a series of brand messages tailored to each particular audience and pertinent to each stage in the process: before, during and after the opening of the House. 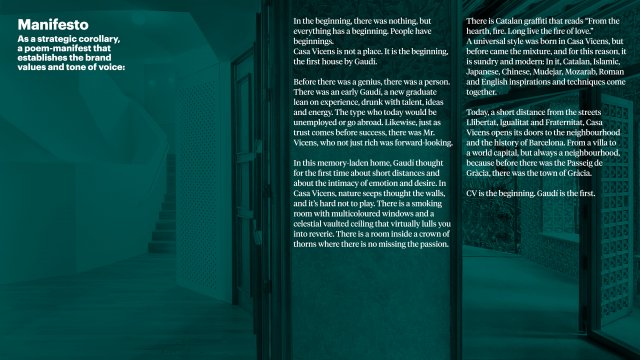 Creatively, it is important to highlight that the Gaudí that devised Casa Vicens was young and inexperienced, yet eager, excited and passionate about his work. This fact needed to influence the brand tone of voice and be present in the style of communication. Moreover, the fact that this young Gaudí had yet to discover the trencadís, represented an enormous creative liberation for the design team.

To complement the brand identity Jordi Embodas created a custom typography. An assortment taken from the façade and an exciting and whimsical tone of the first Gaudí. The visual system created for Casa Vicens profits from the confluence of typographies, colours, messages and the grid structure from which the brand was derived. 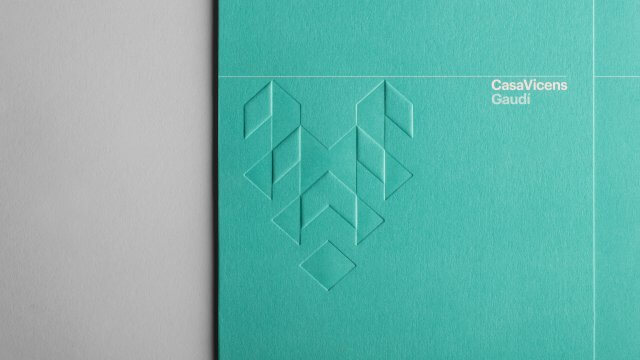 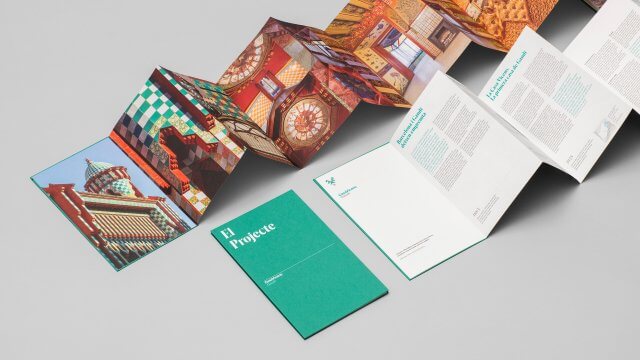 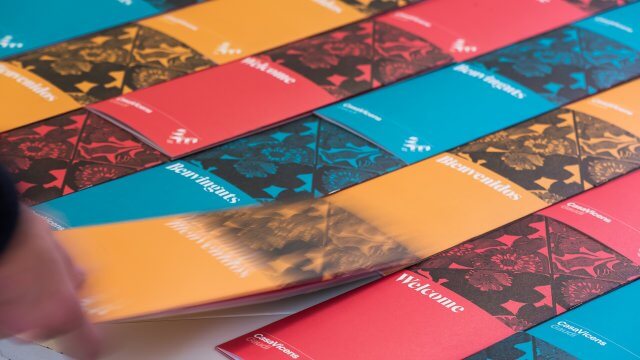 Under the tutelage of the team at Martínez Lapeña-Torres Arquitectos and Daw Office, and in collaboration with Casa Vicens, a signage system was designed that was elegant, sober and, most importantly, respectful of the architectural environment, yet clear and compelling. 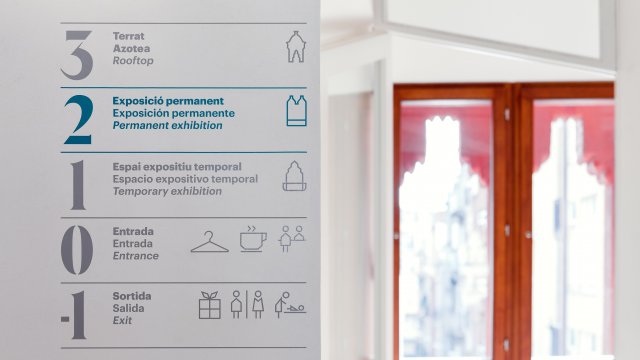 Working closely with Mediapro Exhibitions, we devised solutions and graphic tools that would enhance the interactive experience for the visitors, profiting from diverse display screens and materials, as well as the physical use of space and the elements in the exhibit themselves. 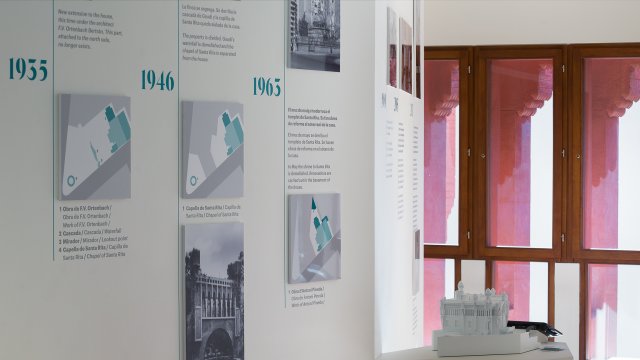 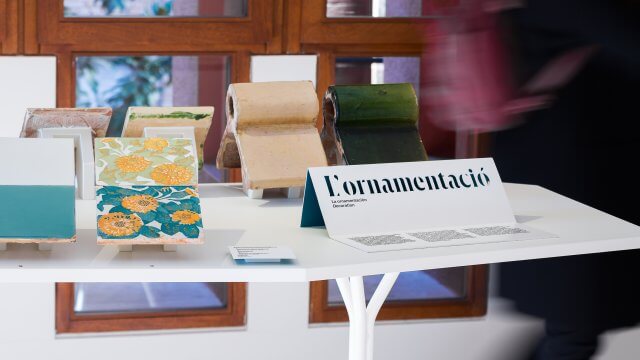 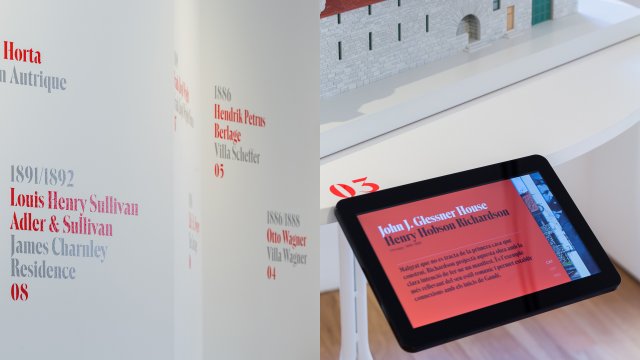 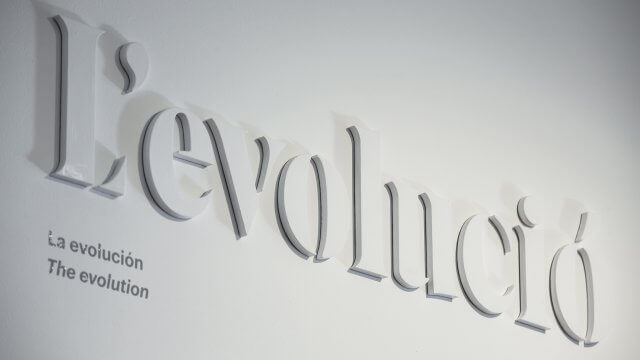 We created a collection of pieces that coincided with the more whimsical side of Gaudí, counter to the commonplace and overexploited souvenirs of the Barcelona brand. In this way, Casa Vicens laughs at itself, speaks informally to its neighbours and winks in acknowledgement to all the locals that endure the discomfort of massive low-cost instagram tourism— the exact opposite of what Casa Vicens represents. 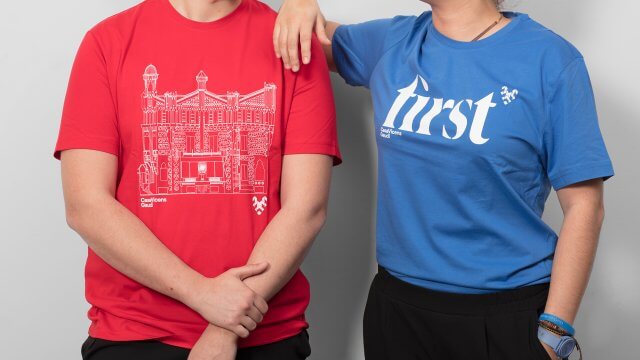 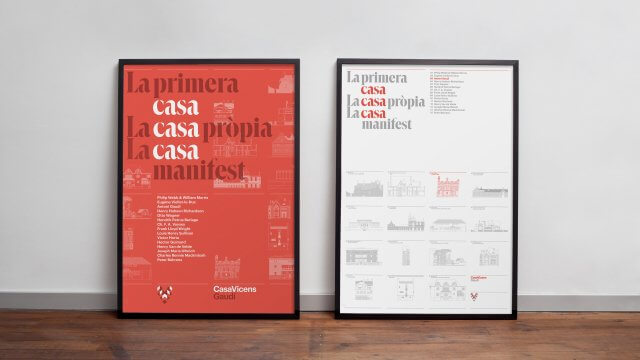